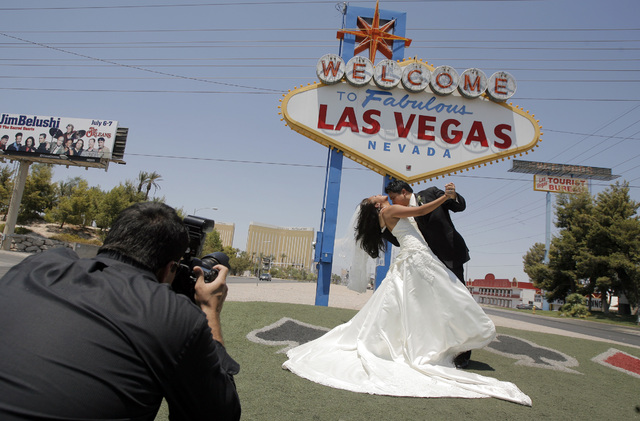 “We’re thrilled for this new campaign as forever truly does happen here,” Clark County Clerk Lynn Marie Goya told KTNV. “We marry more destination wedding couples each year than anywhere else in the world and have so many amazing love stories to share. As we enter into our 5 millionth marriage license celebration, this campaign rings more true than ever.” 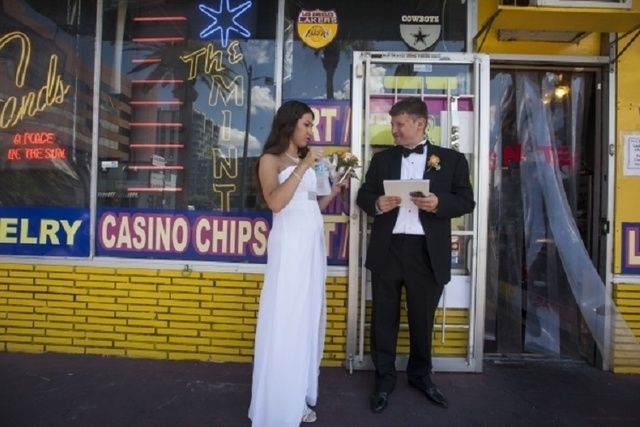 County commissioners on Tuesday authorized money collected from the extra $14 per marriage license fee that began six months ago to be spent but at only a fraction of what the county clerk had sought.

Marriage licenses in the county increased by $14 last August to $77, for a special revenue fund set aside specifically for wedding tourism marketing. The amount collected reached $527,583 in January.

County Clerk Lynn Goya, whose office oversees marriages licenses and who persuaded the state Legislature to approve the special revenue fund, proposed a preliminary budget of $170,000 which included $30,000 for research consulting by a private firm and $40,000 for trade missions and attending trade shows.